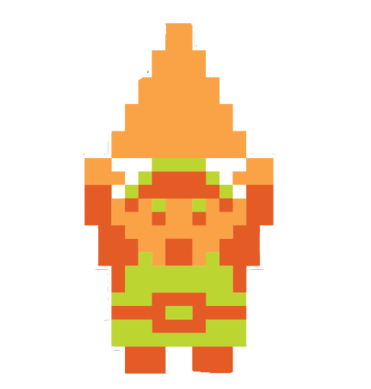 Checklists are useful for many security-related tasks. Whether we ’re threat modeling, code reviewing or pentesting an application, at some point we all feel an urge to tick off some check boxes. Checklists are also a very compact way to communicate security requirements. However sometimes we take for granted that these requirements are understandable by all involved parties. This assumption may result to dialogues like the following:

-Hey, you mention here that our app is vulnerable to session fixation.

If complexity is the enemy of security, then visibility is security’s most trusted ally. When every team member, whether they ’re security engineers, developers, testers, understands security specifications through a common vocabulary, chances of a bug slipping into production will get slimmer. This is where Behavior-Driven Development, or BDD, comes in.

In simple words, BDD is a process of verifying a product’s behaviour using User Stories (for a more detailed, description see here. For example, in order to clarify Session Fixation in the previous dialogue, we can use the following BDD scenario:

What’s not to understand, right? Using the Gherkin language, every scenario can be expressed using the Given, When, Then structure, which the author uses to describe the product’s desired behaviour. Each sentence is called a Step (e.g user %s logs in) which is mapped to the actual testing code.

Each scenario belongs to a Feature which is actually a user story. A Feature will usually contain multiple scenarios.

Currently, the dominant frameworks for Behavior-Driven Development are Cucumber (Ruby) and JBehave (Java). The idea of utilising BDD specifically for security testing has been around for sometime also, with BDD-Security, Gauntlt and mittn being the prime examples. Since Python is my weapon of choice, I decided to try out Aloe, a rather new but promising Python BDD framework originating from lettuce.

Create a directory for your project’s tests (e.g. mywebapp) and place inside a directory named features, which will contain the following files:

followed by all relevant scenarios.

BDD steps should describe the desired behaviour of your software in a way that everyone can understand, so try to avoid gory implementation details as much as possible. Borrowing an example from the official documentation, you should prefer this :

Back to our requirement, since we ’re testing a web app, a web browser automation framework such as Selenium is essential for verifying that the app is behaving in the desired way. Here’s the implementation of our steps:

Step code is pretty much self-explanatory. A few noteworthy points:

Test your app by running aloe features/session_management.feature. You can find this and a few other example scenarios here.

Since Aloe is a plugin for nose, a Python unit testing framework, aloe accepts the same flags as nosetests. This means that we can use nose’s --with-xunit and --xunit-file=<filename>.xml to produce XUnit XML output for our tests, which is parseable by the majority of CI/CD systems (e.g Jenkins).

BDD is a way to convert user stories or requirements, in this case security-related, into automated tests. These and similar tests might help you protect your app against a large number of common XSS payloads but it won’t ensure that your sanitization filters are 100% bulletproof. However I strongly believe that as a process it provides a clean, reusable and automated way to catch lots of low-hanging fruit while educating your team on secure coding practices.